LOOKING back on April, it was a tough month and we are actually glad it’s now behind us given all the public holidays, school holidays and the federal election campaign getting underway. 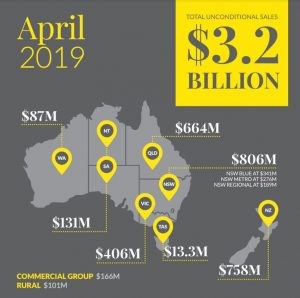 But despite all interruptions, our members still recorded $3.2B in unconditional sales, which is about 14 per cent down on last year.  Queensland was thankfully only off marginally, just two per cent on last year which is helping cushion the larger declines in other states.  So what’s happening in Queensland? Our CEO Tony Warland said that from far north Queensland to the border, there was a definite sign of a stronger real estate economy. He said everyone in Townsville had a very positive belief of recovery after the floods, and life is returning to normality there.  We are so proud of the work of our members in Townsville and the resilience. The Central Coast is steady and enjoying the prospects of improvement, while the Sunshine Coast is actually going gangbusters with our Kawana office recording three PBs in a row. The whole Sunshine Coast has the lifestyle that the market is looking for while the Gold Coast is enjoying a strong economy in real estate transactions compared to the rest of the country. In Brisbane, many of our vendors are putting up high quality properties for high quality returns. So while there’s a lot of stock in many other markets, there’s no reports of stock in abundance in Brisbane but days on market are still being tested.

So here I am in Adelaide with our South Australian CEO Matthew Lindblom. Adelaide is typically a very stable market and is still Australia’s most affordable city. Ray White started in South Australia more than 25 years ago and it’s now the clear market leader, after commencing all those years ago in the western suburbs heartland.The SA is blessed to have some very experienced agents and members who understand how to create competition to get the best results for our home owner vendors.

Speaking of auctions we had a solid month across the group with some 1200 auctions conducted, with almost 40,000 people attended our auctions across Australia and New Zealand. Average bidders actually slipped back this month to 2.5 people per auction but it was great to see Sydney Blue members cleared 55 per cent of their stock at auction, while in Victoria they cleared 52 per cent.

One of our offices in Melbourne – Southbank and Port Phillip – cleared 100 per cent of their unit stock under the hammer in March and April.  The data we now have on auctions versus private treaty is startling and if you are still unsure about auctions as the best method of sale in all markets, then please reach out to us about auction skills training.

How good was it to see All Blacks rugby coach Steve Hansen back supporting Ray White New Zealand with their new campaign called A Name To Trust. Steve Hansen has been a brand ambassador for Ray White since 2016 and this latest campaign cements the relationship even closer in the year Steve leads his team to defend their world champions title in Japan. Our New Zealand network has been so resilient, and especially in Christchurch in light of the recent tragedy. 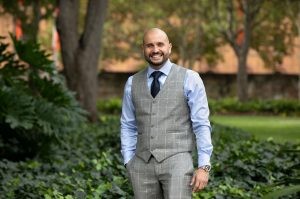 It is with enormous pleasure that we welcome Charles Touma to the network. Charles has been a wonderful performer for a sustained period of time, and he’s well known as one of the best salespeople in Sydney. Max Klimenko also joins the Redfern business after a brief sabbatical away from our company. 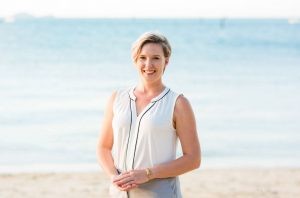 In far north Queensland, Ray White Whitsunday welcomed one of Australia’s youngest real estate leaders to its sales team. Principal Mark Beale has not only acquired Jess Hunter’s experience and skills in a sales role within Ray White Whitsunday, but he’s also purchased the rent roll of her former agency.

Our brokers at Loan Market had a solid month with $1.0B in applications, $753M approvals and $635M in settlements.

Our relentless focus on customer satisfaction rolls on and we sent more than 8700 surveys to our buyers and sellers this month, and our NPS sits at 78.

And a big shoutout to the business leaders in Grange, Gawler, Cooper Coast here in SA who all received more than 10, 10/10’s last month for their ongoing commitment to the highest customer service.

Until next month –  when no doubt we’ll all be digesting the fallout of the federal election – I’m Dan White.